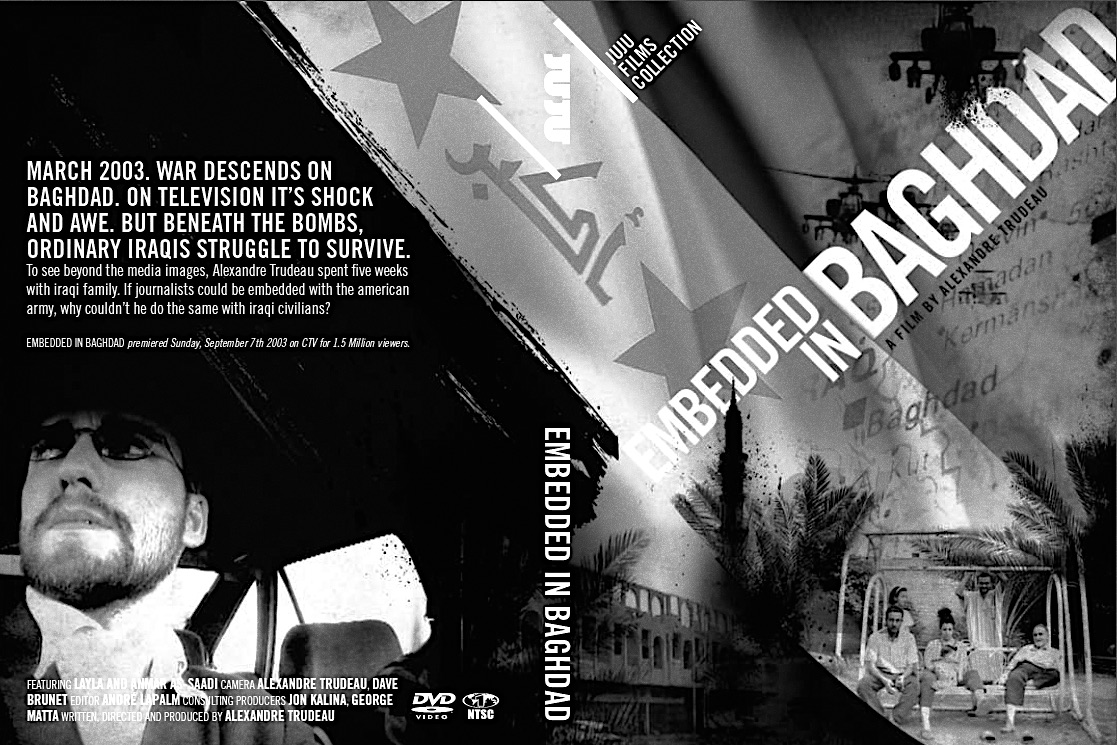 Baghdad, March 2003. Operation Shock and Awe is about to begin.

On TVs around the world, video game air strikes, Hollywood heroism, and elegant troop movements will make this American-led war into a regal celebration of military might and moral righteousness.

But Iraqis on the ground will have to live the coming events without rosy media glasses – huddling in dark basements, waiting for the bloody randomness of “precision” warfare. Cruise missiles will hit hospitals instead of barracks. Bullets, shells, cluster bombs will spare tyrants and slay innocents.

Filmmaker Alexandre Trudeau travels to Iraq in the days leading up to the war, taking shelter with Iraqi couple Anmar and Layla and their family, as Shock and Awe begins.

Using their home as a base, Trudeau chronicles the daily struggles of life in war torn Baghdad. He visits destroyed homes, sits with distraught widows, listens as tanks roll by, helicopters pummel targets, looters pillage and burn.

While reporters embedded with the US Army celebrate America’s speedy “victory”, EMBEDDED IN BAGHDAD is Alexandre Trudeau’s portrait of the coming ethnic and civil chaos that engulfed Iraq after the invasion. But beyond tragedy lies the triumph of the human spirit, as ordinary people fight to keep their dignity in extraordinary times.

EMBEDDED IN BAGHDAD premiered Sunday, September 7th 2003 at 7pm on CTV to 1.5 million viewers. Booker was involved from concept, to pitch, research and pre-production.